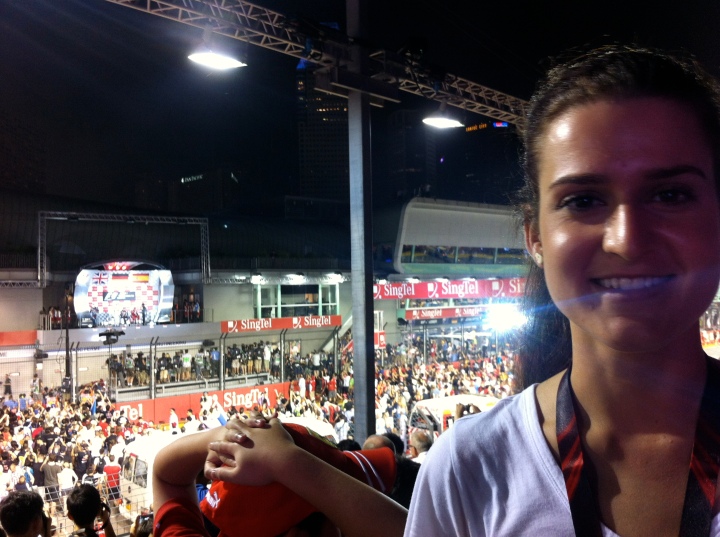 I’m fairly new to the Formula 1 scene. I began following the race in the 2011 season as a complete novice. As the season wore on and my interest grew, I began to read in to the technical and strategic aspect of the race so I could learn and understand more.

It didn’t take long for Formula 1 to become an obsession. In the 2012 season I flew to Malaysia (my old home) to see the Grand Prix at Sepang, and moved to Singapore for six months to see the night race. If watching the Sepang 2012 race live didn’t cement this obsession for the sport, the Singapore race certainly did.

Formula 1 has reached, what I feel is a very exciting time. This season saw the return of Adrian Sutil to Force India and Formula 1, Lewis Hamilton find a new home with Mercedes, and overall the newest team of drivers the championship since 2004. As the 2013 season commences I’m definitely no expert, with each race I learn and understand a little more. It’s a learning curve, but one I’m going to share.